In the State of California a criminal record contains details of a person's previous arrests, charges, and convictions. The term criminal record can also be used to refer to databases of criminal case files provided through the clerks of California Courts. These records are available for almost everyone unless stated otherwise by law. While some criminal records are protected by statute, it is also possible for eligible persons to seal or clean their records in California. Such sealed or expunged criminal records may remain accessible to specific law enforcement agencies and a few other agencies.

The Difference Between Sealing and Expunging Criminal Records

While both sealing and expunction mean that a record is removed from the public's right of access, they have striking differences. In California, sealing a criminal record, as codified in Penal Code §851.91, Penal Code §851.8, and the new Penal Code 851.87 refers to automatic removal and destruction of a person's arrest record…"as a matter of right." This means that the person was exonerated and deemed factually innocent in court. Conditions where a person can have their arrest records sealed by right include when:

Those that have been arrested and/or convicted in the past for domestic, child, or elderly abuse are excluded from sealing their records as a matter of right. Even then, arrest records can still be sealed in such cases if a judge determines that doing so is in the best interest of justice.

On the other hand, expungement is described under Penal Code 1203.4 PC to include the process of petitioning a California court to withdraw any guilty plea, re-enter a plea of "not guilty", and dismiss a criminal case. In the state, expunction is a privilege that relieves an individual from the otherwise negative impact of having a criminal record in the public domain. Because there is no true expungement in California, the state also refers to it as dismissal or cleaning of records. Expunged conviction records typically show "dismissed" when requested. Those eligible for expungement under Penal Code § 1203.4 can include misdemeanor or felony convictions for which:

How to Seal a Criminal Record in California

California only permits the sealing of arrests that did not result in convictions or of convictions that were overruled by appellate courts. Those that are not eligible to seal their records under the new Penal Code 851.87 include:

To seal a criminal record in California, eligible persons will need to take the following steps:

First, hire an attorney to help in the petitioning process. Those that cannot afford to hire a lawyer should refer to the Public Defender's Office for help.

The information required to successfully file a petition to seal a criminal record in California include:

Step 3a: Seek Relief From the Arresting or Prosecuting Agency

If charges were never filed, petition the arresting agency for relief as contained in Penal Code § 851.8. To do this, complete the Petition to Seal and Destroy Adult Arrest Records Form and then take it to the District Attorney's Office or to the office of the county/city prosecuting agency. Proceed to step 3b below if charges were filed or the petition was denied.

Step 3b: File a Petition at the Court

Visit the courthouse where the charges based on the arrest were filed to officially file a petition for free. If charges were never filed, go to the courthouse located in the county or city where the arrest took place to file a petition. For reference, see San Diego County's Petition Form SDSC. In the practical sense, this filing must be made within 2 years from the time of arrest or the time of filing of charges as stipulated under prior Penal Code § 851.8. However, filing under the new Penal Code § 851.87 does not limit petitioning to any specific time-frame.

Make sure to serve the petition on either the law enforcement agency that made the arrest or to the District Attorney of the county or city where the arrest took place. The serving must take place no later than 10 days prior to the hearing of the petition.

Generally, within 30 days of petitioning the court, the court notifies the arresting or prosecuting agency. The court has the duty of scheduling a court hearing if the District Attorney decides to contest the petition. At this point, check the local courthouse guidelines to determine whether the defense attorney's presence is enough or its compulsory to appear in court. Under Penal Code § 851.8, the petitioner bears the burden of proving their factual innocence. The New Senate Bill 393 codified as Penal Code § 851.87 transfers the burden of proof to the prosecutor to prove that the petitioner is not qualified to seal their records as a matter of right.

At the judge's discretion, the motion may be denied or granted. If granted the court notifies the record's custodians to update the status of the record. Usually, the record's custodians include the California Department of Justice, the arresting county or city police department, the Sheriff, as well as the particular law enforcement that issued the master criminal record.

What Crimes Can Be Expunged in California?

According to California's Penal Code § 1203.4, most misdemeanors and some felony records are eligible for dismissal/expunction. Those qualified for expunction or dismissal include:

As authorized by Penal Code § 1203.4a, individuals charged with misdemeanors are eligible for expungement if they have stayed 1 year post-conviction even if they were sentenced and probation was not granted. The petition will be denied if the petitioner has new charges or is on probation for a new crime.

Note that ex-offenders that served time in state prisons are not eligible for expungement. However, defendants that would have been sent to county jail had their crimes been committed after 2011's Proposition 47 Realignment Legislation can have their records expunged. Other uneligible ex-offenders may apply for a certificate of rehabilitation, if applicable, or request directly for the Governor's Pardon as dictated under Penal Code sections 4800-4813, 4852.01-4854 PC.

How to Expunge Criminal Records in California

Eligible persons can expunge their criminal records by petitioning the Superior Court of the county where the conviction occurred. To do this, start by printing and completing the Petition for Dismissal Form for each conviction. Note that some counties have separate forms for this purpose. As such, be sure to contact the applicable court clerk to enquire about their local filing, serving guidelines, mailing address, number of copies to be submitted, etc. After this, the court will schedule a hearing. Generally, the courts do not charge fees for filing the petition. However, the court may order a reimbursement fee of up to $150 for each charge/petition, irrespective of whether the petition was granted or denied. The fees may be waived for those that are financially incapable of covering the costs.

Given that third-party access to sealed records is prohibited, owners of such records are within the law to claim that they have never been arrested for a crime. Note that law enforcement agencies during the course of their duty may be able to view and obtain copies of these records.

Do Sealed Records Show up In California Background Checks?

No, a sealed criminal record in California will not return any match after a background check, unless the requester is a member of the law enforcement. This is because sealed arrest records are automatically removed and destroyed "as a matter of right."

Expunged criminal conviction records may still be available to certain employers and licensing agencies. California refers to expungement as "cleaning of records" because there is no true expunction in the state. The general effect of cleaning a record is to dismiss and reduce the otherwise negative impact of such records and not to completely eliminate them.

Who Can See Sealed Criminal Records in California?

Sealed arrest records under California Penal Code § 851.87 PC are only available to owners of the records and members of the law enforcement.

On the other hand, criminal conviction records expunged under Penal Code 1203.4 are available to law enforcement and some other agencies when:

How to Obtain Sealed Records in California

Again, unentitled persons require a court order to view and obtain a sealed arrest record. To do this:

Under Penal Code 851.91, the unlawful release of a sealed arrest record attracts a civil penalty between $500 and $2,500 depending on the violation. 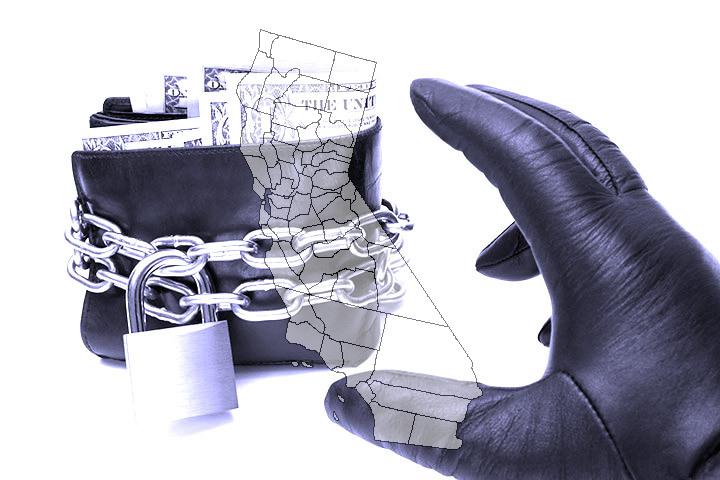