What Are The Differences Between Federal And California State Crimes?

In the United States, a key difference between federal crimes and state crimes lies in the agencies handling the criminal charges. While procedures are often similar, state and federal courts are extremely different legal systems. Federal crimes are mostly crimes that involve federal agencies, including the FBI, ATF, IRS, SEC, ICE, Secret Service, Border Patrol, or the DEA. These entities investigate the case, charge the parties, and prosecute.

Generally, federal cases are opened when a crime has taken place in multiple states and jurisdictions, and local and state police are not equipped to handle it.

While federal crimes involve federal agencies, state crimes only involve local and state entities. These crimes are handled by local and state police, prosecutors, and judges because the offenders and victims reside in the same local jurisdiction. State crimes are essentially all criminal activity taking place within one state or jurisdiction, and the parties can vary from state-to-state.

The Federal criminal justice process can be very similar to the California state criminal justice process, although many different laws apply. Federal judges are appointed for life by the United States Senate and are known as District Court Judges. Prosecutors in a federal criminal case are Assistant U.S. Attorneys appointed by the U.S. Attorney General, and cases are investigated by federal agencies. Federal court cases typically will take place in one of the United States District Courts.

In California, state criminal cases are tried by state prosecutors who are appointed by county officials or using voting systems. State prosecutors are often called district attorneys, state attorneys, or city attorneys. States have the jurisdiction to use local and state law enforcement to arrest and charge people, and state courts have the power to try and convict people who commit state crimes. Depending on the charge, California court cases will occur in Superior Courts, Municipal Courts, Police Courts, and County Courts.

How Many Federal Courts Are There In California?

The state of California has four federal courts:

Members of the public do have a right to view and access Federal court cases, according to Nixon v. Warner Communications, Inc., 435 U.S. 589 (1978), although this is not a catchall. Some federal court documents may be sealed due to the personal nature of the documents and whether a judge decides that making the information within the record public could endanger the involved parties or the parties’ privacy.

Case documents, or case files, are issued and generated by a judge. These include a docket sheet and transcripts of the court proceedings. The case file will not include any other documents generated during the process, such as materials that were not filed through the court, items that were not submitted into evidence, and notes from the judge.

In California, it is possible to access federal court records using the Public Access to Court Electronic Records (PACER), a nationwide electronic filing system. Questions regarding how to use this platform, which can prove complicated, may be answered in the FAQ page of the website. Using PACER, members of the public can access:

Each court holds and maintains its own records, and some courts may not have the records that the requesting party is searching for. Because of this, it is recommended that requesting parties contact the court before making a request and paying fees.

How To Find Federal Court Records In California?

In order for members of the public to obtain copies of federal court records, it is necessary to contact the Records Department in the federal courthouse where the case was filed and since has been held. It is recommended that the requesting party verify the type of document the parties are attempting to access and make sure where that document was filed and therefore is held. There is also the possibility that the documents to be requested have already been archived. If this may be the case, email records_cacd@cacd.uscourts.gov to determine whether the case files are accessible or not. It is possible to retrieve archived cases, but it is more expensive. To request a record from the archives at a Federal Records Center, it costs requesting parties $64.00 plus an additional $39.00 fee for every extra box or file. The prices for records may vary depending on the content and size of the documents and evidence held within a case file. Uncertified copies of a file are set at $0.50 per page, while certified copies are $11.00 per page and $0.50 for each additional page.

Can Federal Crimes Be Dismissed In California?

Dismissal of criminal charges means a defendant is found not guilty during the process of a lawsuit. Although this means the defendant will not be convicted, the charges will remain on the offender’s criminal record. The court decides whether to dismiss a case or not, and although it does happen, it is quite rare. According to Federal Rule of Criminal Procedure 48, dismissals are necessarily granted when an official entity finds the defendant not guilty of all charges. This entity could be the government itself as long as the defendant consents, or it could be the court’s decision. Often, a dismissal by the federal court will come if there are delays in presenting a specific charge, filing information, presenting evidence, or bringing the defendant to trial. Federal criminal court proceedings tend to move very slowly, making it more difficult for defendants to remember events clearly and making it easier for evidence to be lost while giving more time for the other attorneys to build the parties’ case against the defendant.

How Do I Clear My Federal Criminal Record?

A federal judge is in charge of whether or not to expunge a conviction on someone’s record, and it happens very rarely. The judge must find that sealing the record is in the best interest of the law and that leaving it open may have a negative impact in regards to justice. To convince a judge to seal a record, one must provide justification proving that the record does not serve to protect society, the record will not aid in any future investigations, record misuse is likely in the future, or if there has been police misconduct.

Under the Federal First Offender Act § 3607(c), a person with no prior convictions who is found guilty of possession of a controlled substance and is under the age of 21 can have the parties’ charges and conviction completely expunged from the parties’ record. Any juvenile records may also be expunged and sealed if petitioned under U.S. Code § 5038. Administrative certificates or waivers, although rare, are also a way to expunge a record, such as pardons and civil rights restoration. In order for an ex-offender in California to have the parties’ federal criminal record expunged, the parties must petition to do so to the court or write a letter to the judge, as applications for this do not exist. 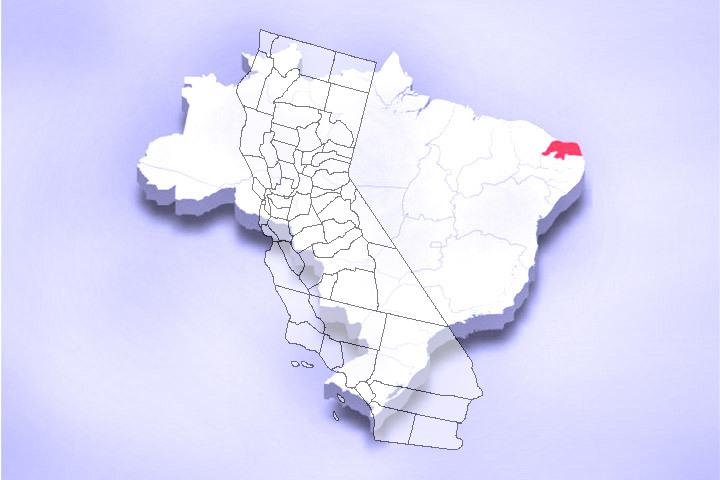