I Agree
How Does The California Tribal Court Work? | CaliforniaCourtRecords.us
California Court Records

How Does The California Tribal Court Work?

The California Tribal Courts provide legal services and technical assistance to local courts on inter-jurisdictional issues across all case types and assist with developing policies, positions, and programs to ensure the highest quality of justice and service to the Native American communities in California.

According to the latest census data, California has a higher number of persons of Native American/Alaska Native heritage in rural and urban areas than any other state. Approximately, there are 110 federally recognized tribes in the state and 78 other communities imploring the government for recognition. Federally acclaimed tribes have a unique government to government relationships with local, state, and federal entities. Hence, they are recognized as sovereign nations. Tribes may create their own laws, governmental hierarchy, and enrollment of membership rules for the land and citizens of their nations.

California tribal courts handle over 30 types of cases. These include:

Note that an individual court may not handle all the types of cases listed above.

Under the law, reservations, rancherias, and other federal trust lands held for the benefit of Indian people and tribes in California are termed “Indian Country.” Although tribal courts have general jurisdiction and a broadening criminal jurisdiction, the general rule is that states in the United States have no jurisdiction over the activities of Indians and other tribes in Indian country. However, Public Law 280 (PL 280) established an exception to this rule in some states. The Congress of the United States gave six states, including California, criminal jurisdiction over all offenses involving Native Americans on tribal lands. Through PL 280, the state and tribal courts now share jurisdictions in many areas. Created in 2010, the Tribal Law and Order Act (TLOA) guides the policies and operations of the tribal courts. Some of the major provisions of the TLOA include:

Locations of the Tribal Courts in California are listed below: 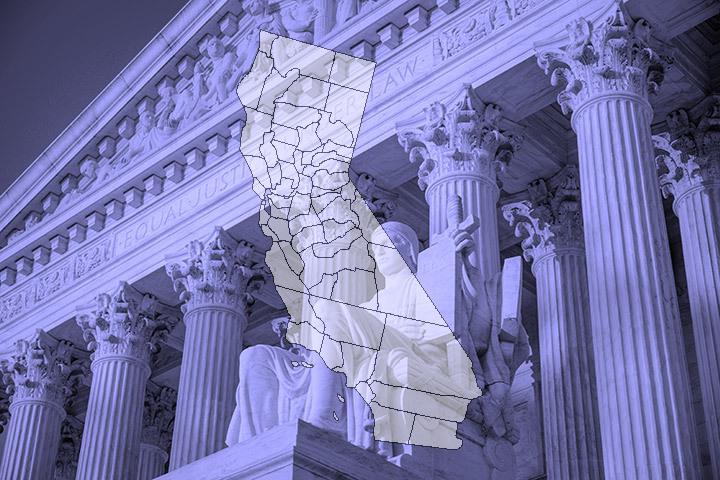