I Agree
What is a DUI and DWI in California? | CaliforniaCourtRecords.us
California Court Records

What is a DUI in California?

The California Department of Motor Vehicles (DMV) maintains records of traffic violations, including DUI's. The California Superior Court hears DUI and DWI cases, and the Clerk of Circuit court in the county where the DUI or DWI was heard maintains these records.

A DUI and a DWI fall under the category of a DUI, but there are disparities between them and reasons for said disparities. A driver can catch a DWI charge for having a blood-alcohol level of .08 or higher, according to California Vehicle Code Section 23152(a). A DUI charge can be given if the blood-alcohol level of the driver falls below .08, but the officer still believes the party is intoxicated and could be a danger to other drivers, as per California Vehicle Code Section 23152(b-g).

What happens when you get a DUI for the First Time in California?

A DUI case starts with being pulled over by a police officer. If the law enforcement officer suspects that the driver is intoxicated, the driver will be subject to a breathalyzer or sobriety tests. If the driver fails these tests, an arrest will typically be made. Following an arrest, the party will have their license taken away and be subject to other tests that may bring on additional charges. After booking at the police station, parties may be released on bail.

After an arrest and booking, the case will be brought to the California Department of Motor Vehicles (DMV) for license suspension no more than 30 days after the arrest. The driver will then have a DMV hearing, providing the opportunity for contesting the charge and cross-examination of the police officer.

Following the DMV hearing is an arraignment. Arraignment is when the party being charged goes to court, where an offer or deal may be extended. Parties are typically advised to hire a lawyer to represent one's case. Pleading guilty moves the trial to sentencing.

Pleading not-guilty will move the case to the pre-trial phase to fight the charges or ask for another plea deal. Typically, a pre-trial is as far as a first-time DUI case will go, but occasionally the case moves to trial. A trial will include a jury, opening statements, the presentation of the claim against the party, a defense, closing statements, and a verdict by the jury.

Being found guilty in either the pre-trial or trial phase can result in:

How Likely is Jail Time After a First DUI in California?

After a first-time DUI in California, jail time is not likely. Jail time may be served if the offender had a blood-alcohol content of .16% or more, if there was a minor in the vehicle at the time of arrest, if the arrest involved the injury of another person, or if the driver was not licensed or was using fake identification.

What are the Typical Penalties for a DUI Conviction in California?

When someone is charged with a DUI, penalties can vary, but typically include a range of the following:

If the offender gets another DUI within this time frame, penalties will be harsher.

How Long Does a DUI Stay on Your Record in California?

Typically, a DUI in California remains on a party's record for ten years. Under California penal Code 1203.4, parties can petition to have this charge removed or expunged if the driver completed probation and did not serve time in prison.

How do I Find DUI Checkpoints in California?

Which is Worse; a DUI or DWI?

A DWI is typically a more serious charge in California because it comes with proof of intoxication with no uncertain terms and brings more severe consequences as per California Vehicle Code.

What is an Aggravated DWI in California?

What Happens When You Get a DWI in California?

If a driver is charged with a DWI after being pulled over, the party is typically arrested and booked. The process is similar to being charged with a DUI, although a DWI may have more severe consequences.

Depending on the severity of the case, the driver could be released on bail or held until arraignment. In an arraignment, a plea deal may be offered if the driver chooses to plead guilty. If not, the arraignment will set a date for a pre-trial. First time DUI cases may end at pre-trial, but a case that may be considered a DWI that the party chooses to fight will most likely move to trial.

According to California Vehicle Code Section 40000.1-41610, being found guilty of a DWI misdemeanor in either the pre-trial or trial phase can result in:

If the DWI ends up being charged as a felony, the penalties will reflect that. A charge that causes injury or death could result in:

A charge that comes after multiple DUI convictions could result in: 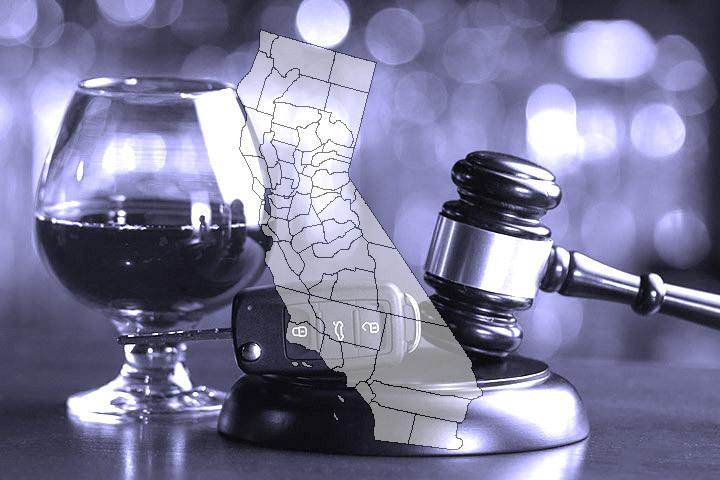