I Agree
How to Pay Traffic Tickets in California | CaliforniaCourtRecords.us
California Court Records

What are California Traffic Tickets?

Traffic tickets constitute a part of traffic records maintained by the California Department of Motor Vehicles (DMV). Offenders can view and process tickets at the DMV, and the state’s Superior Courts are responsible for arraigning traffic violators for trial and receiving ticket fines. As a result, the courthouses also maintain records of traffic violations.

Records that are considered public may be accessible from some third-party websites. These websites often make searching more straightforward, as they are not limited by geographic location, and search engines on these sites may help when starting a search for a specific or multiple records. To begin using such a search engine on a third-party or government website, interested parties usually must provide:

Third-party sites are independent of government sources and are not sponsored by these government agencies. Because of this, record availability on third-party websites may vary.

What Does a Traffic Citation Mean?

The term “traffic citation” is often used interchangeably with ‘traffic ticket.’ A misdemeanor traffic ticket is an example of a traffic citation as the violator must appear in court. In some cases, the offender may be detained or given an option of bail.

How Do I Pay a Traffic Ticket in California?

The process of paying a traffic ticket in California depends on the type of traffic violation, the receiving court’s payment preferences, and the alleged offender’s disposition to the ticket. Superior Courthouses across the state are responsible for receiving payments of traffic citations and tickets. First, it is necessary to understand the type of traffic ticket issued. Thus, the individual must note the violation statement, the citation number, the required fine, a traffic school participation requirement (if any), and the payment deadline. Offenders must also decide whether to fulfill the ticket obligations or to contest it. To opt to pay is to plead guilty as charged. When the fine is paid, the conviction shows up as points on the individual’s driving record. Points on a driving record reflect poorly on the driver’s vehicle insurance status and form part of the “rap sheets” for a minimum of three years. Depending on the local courthouse preferences, payments may be made in person, by mail, phone, or online.

How do I Pay a Ticket online in California?

County Superior Courts manage traffic ticket payments in California. Some offer online options for payment, while others do not. To find out if the county of interest accepts online payments, use the Superior Court Directory to obtain the applicable court’s contact information and inquire from court staff.

What is the California Traffic Ticketing System?

California has a comprehensive driving point system for offending road vehicle users. In the system, the degree of severity of the offense determines the number of points allocated. Driving privileges may be revoked when an individual accumulates four points in a year, six points in two years, or eight points in three years. Most traffic violations attract one to two points on a driving record. Points may be accumulated from multiple violations at a time or repeat offenses within a specified period. Teen driver violations usually attract more severe penalties. One-point offenses include:

A driver’s license is suspended in California when an individual is guilty of a misdemeanor traffic violation, some of which are:

Commercial vehicle drivers face penalties of one and a half times the number of points as private vehicles.

How Do I Know if I Have a Traffic Ticket in California?

In California, drivers found violating road traffic laws are confronted by police officers. Upon cross-checking basic requirements (driver’s license, insurance papers, and vehicle registration), the individual is given a “notice to appear.” The individual must sign the form as a commitment to appear in court. However, signing the form does not translate to the admittance of guilt. Upon signing the form, the individual is released. The only exception to being released is when the traffic violation is a misdemeanor violation, such as a DUI or if the offender refuses to sign the form.

A mail notice is sent afterward to the ticketed individual as a reminder to appear in court. An appearance in court does not always translate to an arraignment. Appearance in court may mean payment of the fines, as the Superior court receives traffic ticket payments for the state. Occasionally, a ticket or photo citation can be mailed directly to the driver if the alleged offender is captured by the road network surveillance system violating traffic laws.

Additionally, an individual can request a copy of his or her driving record in one of the following ways:

All requests must include the following information:

How Can I Find a Lost Traffic Ticket in California?

A traffic ticket is typically issued in paper form to the offender. If the ticket goes missing, visit the Superior Court of the county where the ticket was issued. The traffic record system in California is decentralized, therefore affected persons should lodge complaints and queries to the Superior Court of interest. Some counties maintain traffic tickets online for remote access. The requestor must provide the citation number, case number, or driver’s license number to use the online tools.

How Long Does a Traffic Ticket Stay on Your Record in California?

In California, a traffic ticket is recorded as points on the offender’s driving record. The minimum length of time during which a ticket persists on a driving record is three years. More serious traffic violations attract more extended periods, up to 10 years, or a lifetime. Reduction in the number of points or an outright dismissal of the ticket is possible upon specific requirements such as:

Note that misdemeanor traffic tickets remain on the driving record for a lifetime.

Is a Summons Worse Than a Ticket in California?

A summons is not necessarily worse than a traffic ticket but may be included within it. A traffic summons refers to a traffic citation that mandates the individual to appear in court. Misdemeanor traffic tickets often entail a court summons and are associated with more serious offenses that attract hefty fines or jail terms. Parking tickets and vehicle equipment violation tickets usually don’t require a court arraignment; hence, there is no need for summons. The same applies to minor traffic violations, also known as infraction tickets unless the alleged offender decides to contest it. 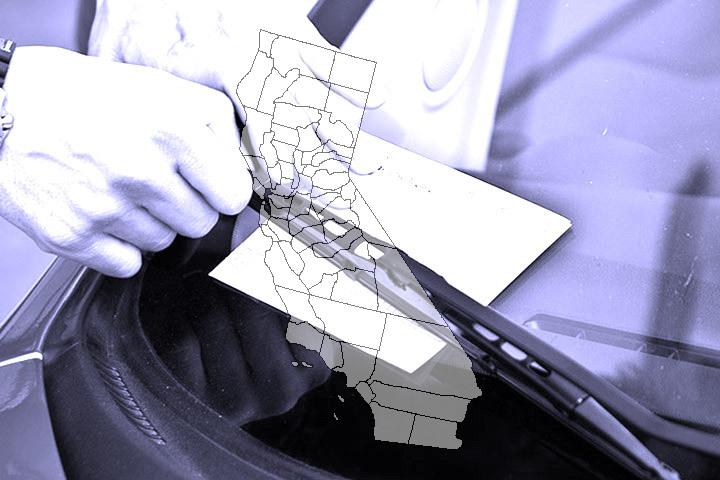