I Agree
Where to Find Inmate Records in California | CaliforniaCourtRecords.us
California Court Records

Where to Find California Inmate Records

California inmate records are the official documentation of individuals who are incarcerated in state prisons, conservational (fire) camps, and correctional facilities by courts in the State of California. The California Department of Corrections and Rehabilitation (CDCR) is responsible for maintaining physical and electronic inmate records in the State.

Yes, incarceration records are public information in California. This access is granted to the public by the California Public Records Act and Section 13030.23.3 of the CDCR's Department Operation Manual (DOM). Under these rules, members of the public may access inmate records. However, the following inmate information is exempt from public access:

What Information is Contained in a California Inmate Record?

A California inmate record is created when an individual has been processed, classified, and incarcerated in a state prison for a term. Sections 13030.23.3 & 13010.11 of the CDCR's Department Operation Manual (DOM), and Title 15, Section 3261.2 of California Code of Regulations list information that can be released to the public without the inmate's authorization. Information that may be contained in a California inmate record include:

Where do I Look Up an Inmate in California?

Interested parties may look up inmates incarcerated in state prisons and facilities using the CDCR Inmate Locator. The California Department of Corrections and Rehabilitation maintains this repository and provides online access to the public at no cost. For county/city jails, inmate information is available through sheriff offices in counties across the State.

How Do I Conduct an Inmate Search in California?

Inmate locators provided at the state and county levels may be used to conduct inmate searches in California to find the location of an inmate. Inmates housed in state prisons may be searched on the CDCR Inmate Locator. However, only information on adult inmates can be obtained. Records of juveniles are not available.

The following information is required for the search:

Search results include inmates' names, mugshots, age, admission dates, eligible parole or release dates, and current locations (including driving directions). Searchers who cannot find an inmate may contact the CDCR's Identification Unit on (916) 445-6713 from Monday to Friday between 8:00 a.m. to 4:30 p.m.

Physical copies of inmate records may be obtained from the California Department of Corrections and Rehabilitation by written request to the facility holding the records. This request must clearly identify the inmate record in question. The facility of confinement will then provide the requester with CDCR procedures by which copies may be obtained. Section 13030.16.1 of the CDCR's operation manual provides these procedures. Some include:

To locate an inmate in a county/city jail, some county sheriff offices provide inmate locators on their websites. This information may also be obtained in person at their physical locations. Inmate information available includes mugshots, inmates' names, ages, offenses, sentences, cell/facility locations, and incarceration dates.

How Can I Find an Inmate for Free in California?

Interested parties can find an inmate for free in California using the CDCR Inmate Locator. However, this applies only to inmates in state prisons or correctional facilities. To locate inmates incarcerated in county jails for free, searchers may use online inmate locators provided by county sheriff offices.

How to Find Old Inmate Records in California

When an inmate is released from a state prison or facility, the inmate is no longer under the jurisdiction of the California Department of Corrections and Rehabilitation. The CDCR forwards the inmate's record to the department's archives unit. Unfortunately, there is no clear process in obtaining these records. However, the requesting party may contact the state prison or facility where the inmate was incarcerated for more information.

How do I Find Inmate Death Records in California?

The California Department of Corrections and Rehabilitation does not outline procedures by which individuals may obtain inmate death records in the State. Nor does it state who is eligible to do so. Interested parties may contact the department on (916) 324-7308 for inmate death record inquiries or the specific facility where the death occurred.

How do I Conduct a Federal Prison Inmate Search?

A Federal prison inmate search may be conducted by using the Federal Bureau of Prisons (BOP) Inmate Locator. Inmates incarcerated and released from 1982 to date can be located using this tool. Searchers may use the name of the inmate and the inmate's BOP/FBI/INS/DCDC number to conduct the search. It is also possible to lookup information on inmates who were not incarcerated but held in BOP custody. Search results include the following information:

How Long Does it Take For An Inmate's Information to Be Published in California Inmate Locator? 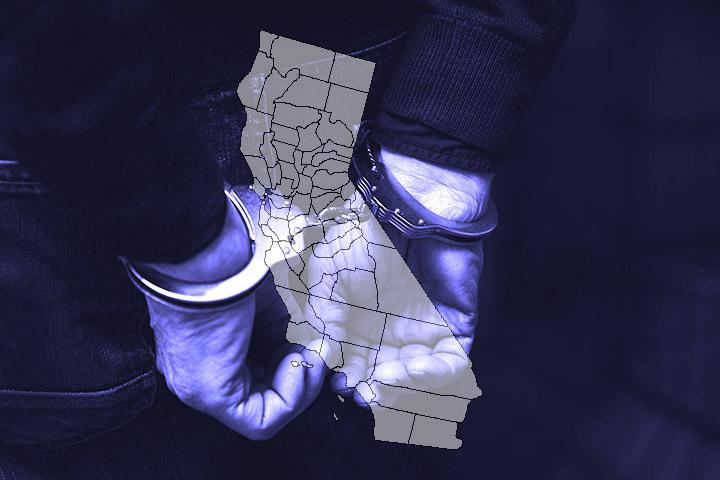