How Do the California Courts of Appeal Work?

In terms of judicial authority, the California Courts of Appeal are below the state Supreme Court. These courts are the primary, intermediate appellate courts of the state of California.

The majority of cases brought before the courts of appeal in California involve reviewing superior court decisions. The California legislature separates the state geographically into six appellate districts, each with a court of appeal. Three of the appeals courts have multiple divisions (the First, Second, and Fourth Appellate Districts), making a total of 19 divisions for all six districts.

The courts of appeal also receive writ proceedings from the Public Employment Relations Board, the Workers’ Compensation Appeals Board, and the Agricultural Labor Relations Board. The courts do not hear testimony or retry cases. An appeal is only decided on the record from the original proceeding or trial in the superior court. Common cases brought before Californian courts of appeal include cases involving:

There are 106 justices in the six appellate districts. Each appellate District has a presiding judge and a minimum of two associate justices. Justices in the courts of appeal are appointed by the Governor and confirmed by the Commission on Judicial Appointments. The Commission includes the Chief Justice, the Attorney General, and the presiding justice of the District. After confirmation, each justice must be approved by voters in the District where the Court of Appeal is located). This approval happens at the next general elections and the end of a justiceship term. An individual must have a minimum of ten years of experience as a judge or attorney to be considered for service as an appellate justice.

Judges of the California Courts of Appeal serve 12-year terms. If a nominee is confirmed to a vacant position in the Court of Appeals partway through a term, the nominee may only serve the remaining period of the term before standing for election. In like manner as other judges in California, judges in the Court of Appeals may be removed at any period before the expiration of their terms if found wanting by the Commission on Judicial Performance. However, the Commission on Judicial Performance only institutes a removal proceeding in cases of gross judicial misconduct.

Cases in the Courts of Appeal are assigned to a panel of three justices within a district or a division. The assignment is done randomly based on a rotation system that equalizes the number of cases in which the court of appeal justices participates. Cases are only assigned when all briefs have been submitted. A brief is a written argument that a party or an attorney prepares for the court. Contained in the briefs are issues raised by the appellant, challenges to superior court findings or judgments, applicable statutes, and previous cases to support the appellant’s position. Roughly 10 to 15 appeals are assigned to each justice per month, asides the monthly caseload of an average of seven to ten original filings.

After the panel of justices in a court of appeal has heard an oral argument or an oral argument has been waived by the parties involved in an appeal, an assigned member of the panel prepares an opinion, which is the panel’s written statement’s decision. Initially, draft opinions are circulated among all panel members until an agreement is reached on a majority of opinions. Two of the three justices must concur to form a majority.

An opinion may be published if it involves a legal issue of continuing public interest, establishes a new rule of law, or substantially contributes to legal literature. Opinions are usually filed within 90 days after the case has been submitted. Opinions that are published establish a precedent and must be followed by all superior courts in California. Unpublished opinions may not be cited as authority to support an argument in court.

According to the United States Constitution and federal laws, decisions of the courts of appeal may be reviewed by the California supreme court or a U.S. supreme court.

Users may choose one of four options to obtain Court of Appeal case information:

The search result page shows a list of Court of Appeal case information matching the user’s data. To view more details, select the Court of Appeal case number from the search result. Other information such as briefs, docket, disposition, lower court case information, and parties and attorneys’ details may be accessed on the case page. To obtain actual court records, visit any of the locations of the districts below: 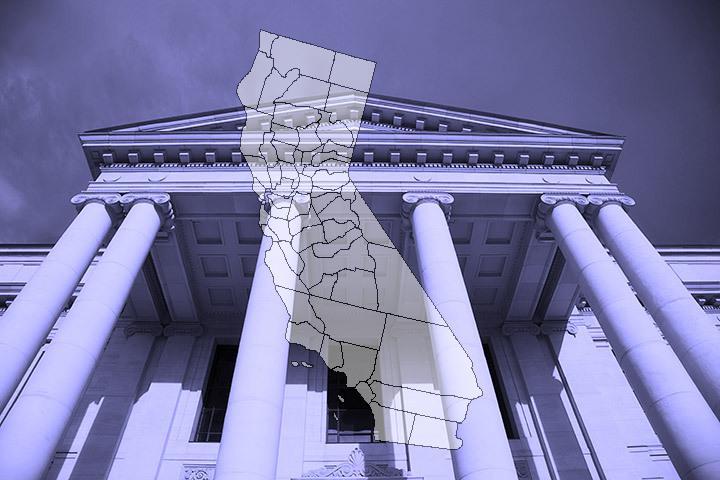