How Do the California Collaborative Justice Courts Work?

The state of California also operates Juvenile Collaborative Courts such as:

The Collaborative Justice Courts Advisory Committee advises and makes recommendations on the operations of the problem-solving courts to the Judicial Council of the California Judiciary. The Advisory’s Committees’ mission is to:

The fundamental principles on which the California Collaborate Justice Courts Advisory Committee emphasizes the operations of the CJCs are premised on the National Association of Drug Court Professionals’ ten critical components in defining Drug Courts. These are:

California Homeless Courts are court sessions held in a local shelter designed for homeless citizens. These courts help resolve outstanding misdemeanor criminal warrants such as public drunkenness, sleeping on a sidewalk, or the beach, disorderly conduct, and unauthorized removal of a shopping cart.

Homeless persons are inclined to be apprehensive of attending court settings even though an outstanding warrant limits their reintegration into society through social services and employment impediments. Hence, the Homeless Court’s resolution of outstanding warrants would meet a fundamental need of homeless persons, ease case backlogs, and reduce vagrancy. There are Homeless Courts in San Diego, Los Angeles, Alameda, and Ventura.

Although Drug Courts in California operate differently, the courts strive to adhere to the NADCP’s best practice standards. Several of these courts use post-adjudication models where participants are placed in drug court after pleading guilty. Upon completion of the program, participants may have charges reduced. Drug courts operating the diversion and pre-pleas models do not require initial guilty pleas. California also has Juvenile and Dependency Drug Courts that use similar models as the Adult Drug Courts. The Juvenile and Family Drug Courts and the Adult Drug Courts are located at:

DUI courts are focused on providing personalized treatment and supervision to defendants with repeat DUI/DWI charges. California DUI Courts offer an alternative to the traditional incarceration method through a rigorous process of management, accountability, and rehabilitative treatment. DUI Courts aim to reduce traffic fatalities, limit impaired driving, and support defendants’ return to society by tackling any underlying substance use disorders or mental health problems. The DUI courts have a thorough clinical assessment procedure of identifying participants in the court program. All participants voluntarily consent to participation. The case management team of the DUI Courts typically consists of members of the justice system, mental health providers, and other support systems.

Essentially, California Mental Health Courts aim to reduce recidivism, support participants’ return to the society, increase public safety, and improve participant’s quality of life. Participation in the Mental Health Court is voluntary; however, persons are only accepted if they demonstrate a mental illness associated with their illegal behavior. A group of professionals typically supervises the case management team in the court.

California Reentry Courts are court programs for persons who have been released from prison, have violated the conditions stipulated for community supervision, and have a history of mental health issues or substance abuse. Although Reentry Courts operate differently across jurisdictions in California, several similarities are still evident among the courts. These include:

The Veteran Treatment Courts focus on veterans’ criminal behavior’s root causes to resolve criminal cases through treatment and support. Programs are often very personalized for participants who frequently meet with a judicial officer, other veterans, treatment providers, mentors, and support teams. Cases are mostly transferred to the Veteran Treatment Court by a court order from the judge in a case. The court accepts all military branches, including reserves and the National Guard. Although eligibility requirements vary by county, most Veteran Treatment Courts in California accept certain types of misdemeanor and felony cases and require participants to:

Veteran Court locations in California are listed below: 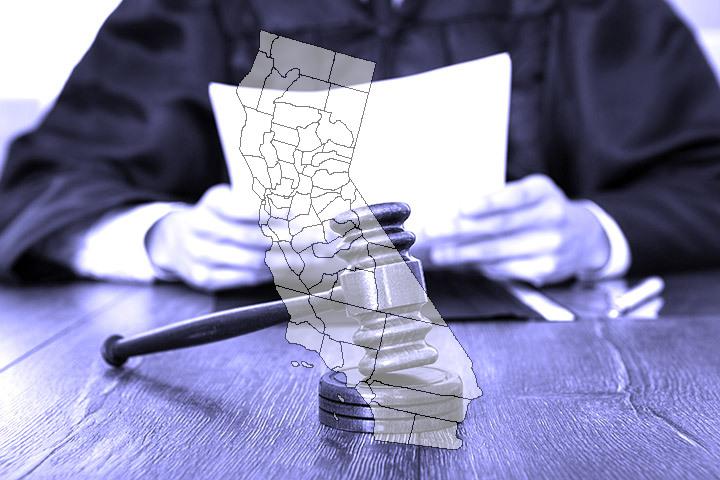