In California, contract disputes are civil disagreements occurring between one or more parties that signed a contract or have failed to fulfill written obligations. Property disputes are lawsuits pertaining to property ownership and damage. Generally, contract and property disputes may be resolved in court or through alternative mediation or arbitration. The civil divisions and small claims divisions of the California Superior Courts are the courts tasked with hearing and deciding contract and property disputes cases in the state. These hearings are considered public record in some cases.

What are Contract Disputes in California?

Contract disputes occurring between individuals, business entities, and the government are conflicts arising from improperly drafted/reviewed contracts as well as those originating from breach of existing contracts.

What are the Most Common Contract Disputes in California

Breach of contract disputes constitutes the most common contract disagreements in California. Other popular contract-related disputes in the state include:

What is California Contract Law?

The California contract law codified under California Civil Code §§ 1549 - 1701 is designed to regulate the formation of contracts and legal enforceability of contracts between two or more parties owing themselves some legal obligations. This law also features the remedies and compensation guidelines to limit frivolous claims. In California, every contract, whether expressed or implied, must have the following elements to be considered valid:

What is a Breach of Contract in California?

A breach of contract occurs when a party to a contract refuses or fails to fulfill one or more legal duties created by a contract, without a legal excuse. A common example of breach of contracts in California is entertainment breach. According to California Civil Code §3300, failure to fulfill contractual obligations makes one liable for certain damages, depending on the circumstances.

What are the Remedies for a Breach of Contract in California?

Remedies or damages in breach of contract lawsuits are monetary awards granted by the courts to an aggrieved party. In some cases, a plaintiff may decide to seek a court order or injunction authorizing the defendant to fulfill the terms of a contractual agreement. According to the §3300 of the California Civil Code, there are two main types of damages including general damages and special damages. General damages or consequential damages are so-called because they arise from foreseeable and natural results of breach.

On the other hand, special damages or incidental damages and expenses caused to a plaintiff in anticipation of the other party's performance. It also includes damages incurred after a breach. Some special damages recognized by California Law include:

What Defenses Can Be Used Against a Breach of Contract Claim in California?

Common defences that can be used against a breach of contract claims include:

What are Property Disputes in California?

What Are Some Common Types of Property Disputes in California?

Property disputes are one of the most frequently litigated cases in California. These disputes can be grouped into the following categories:

How to Find Property Lines

In simple terms, property lines or boundary lines are defining points that mark the end of land and the beginning of another. These lines are crucial when determining where to put structures such as fences to avoid encroaching into another person's land. To find a specific property line, check the property's deed or survey. It is also possible to remotely locate these lines through the respective websites of the county assessors' offices. Contact any of these offices using the directory provided on the California Board of Equalization website.

How do I Find a Property Dispute Lawyer Near me?

Visit the Lawyer Referral Service page of the California State Bar to be able to find an experienced property dispute lawyer in California. Some county bar associations such as the Los Angeles County Bar Association also maintain similar online lawyer-finding tools as a public service. 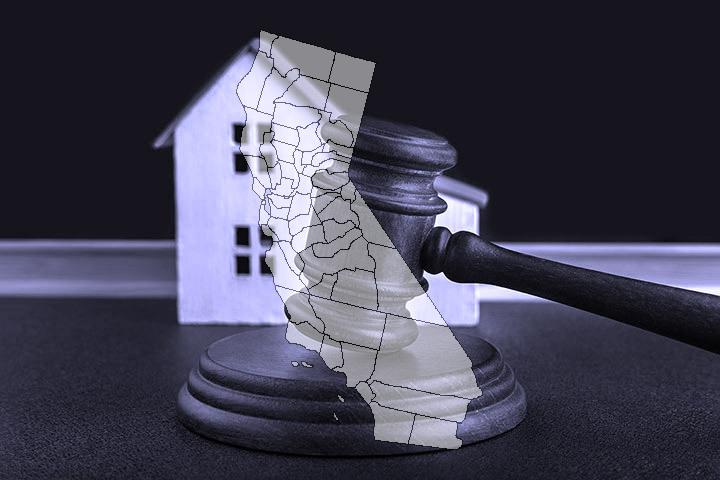