What are California Bankruptcy Records?

The above listed courts handle the different bankruptcy cases according to the chapter numbers in the US Bankruptcy Code. Records generated from these cases are stored in the courthouses where the case was filed and a federal electronic system accessible on any device with an internet connection. Links to these records can be also obtained through third-party websites such as California.CourtRecords.us.

What do California Bankruptcy Records Contain?

A bankruptcy record in California contains all information about a bankruptcy case filing, including:

In California, bankruptcy cases are available to any interested member of the public in line with the Freedom of Information Act (FOIA), which gives all citizens the right to access information present in government records. Access to these documents have no restrictions under the law, provided an individual has the necessary information needed to access them. These documents contain the case number, full names of the parties involved, and the Social Security number or Individual Taxpayer Identification Number. Bankruptcy records are available at the courthouse where the case was filed and online in the state.

How to Get California Bankruptcy Records

Bankruptcy records are available by default at the Bankruptcy Courthouse in the district where the case was filed. A requester can use the public access terminals to view an electronic version of a bankruptcy record at the courthouse. To obtain paper copies, walk into the bankruptcy division of the court office to make a request. Requesters must have the bankruptcy case number of the record of interest. Case numbers can be obtained using the Court Automated Voice Information System available in each bankruptcy courthouse. Charges for searches and photocopies may apply. Certified copies also require the docket number of the record in question. These can be obtained from a public access terminal or through the Public Access to Court Electronic Records (PACER). PACER is a web-based system that provides users with an internet connection and a user account to view case documents and print on preference, at a fee.

Requesters can also obtain copies of records through a phone call or mail request. Mailed requests for certified records must include the following information:

Each court district has a fee schedule for requests that are processed. Only bank cashier checks and US postal service money orders are accepted as forms of payment. If the bankruptcy case has been closed for a year or more, it may have been archived with the National Archives and Records Administration (NARA). Request archive information about the record from the Courthouse Clerk's office before requesting an archived document. These are Transfer, Location Number, and Box Numbers. After that, place a request directly to NARA using the request form.

How do I Find Out if My Bankruptcy Case is Closed in California?

Generally, bankruptcy cases have the shortest resolution time-frame. Other case types may take up to five or six years. A bankruptcy case is said to be closed when all legal activities involved in the case have been completed. Completion means that all motions and petitions have been ruled upon by the court. A statement is filed in cases where a trustee is appointed, stating that all trustee duties have been completed, then a notice is sent via mail to the debtor or the debtor's attorney.

Can a Bankruptcy be Expunged in California? 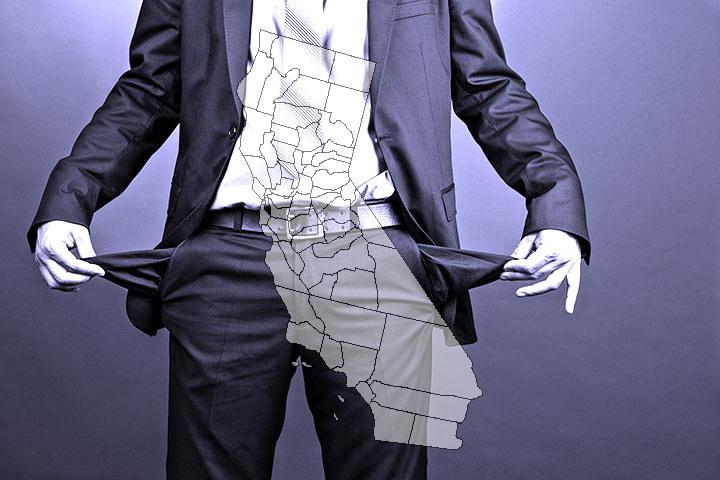